On the 16th May 2019, Merton College hosted a panel discussion on sexual assault.  The event, held in conjunction with The Red Box Oxford, was the brainchild of a group of Kellogg and Merton students, in collaboration with UN Women Oxford.  Here Kellogg student and MCR Charities and Campaigns Officer Mar Crego Walters (MSc Archaeological Science), discusses her involvement in the event and the need to deconstruct misconceptions, keep each other safe and move forward. 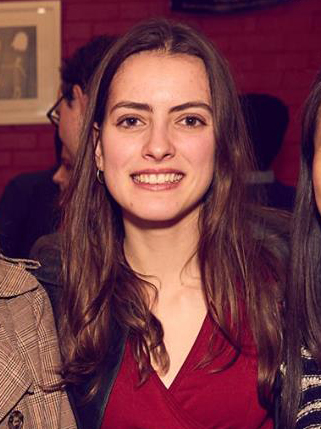 Who are the most frequent targets of abuse? Migrants? Low income? Was it always like this? Why should we care? And, most importantly, can one recover from a scarring trauma such as abuse?

These are some of the questions that we, a group of Kellogg and Merton students (as well as UN Women Oxford), aimed to address at our Sexual Assault Panel: Deconstructing & Moving Forward. Our motivation, put simply, was our own experience growing up and the experience of others in worse situations. Most (if not all) women have felt the pressure from society’s standards to be beautiful, to be kind, understanding, even in the worst situations, and to never ever be hysterical or unreasonable. There is an inverse direct relationship between these pressures and one’s status and income (the less income and the lower one’s status, the more pressures and less protection).

In recent years, cries of outrage over rapes and killings have finally been heard from women around the globe and there have been massive movements, such as the #metoo movement or Nos queremos vivas. Many of these have been led by white women from accommodated backgrounds -which isn’t to say they are less worthy of praise- but those that are less protected (minorities, low-income groups, migrants, LGTBQ+ people) are the most targeted by abusers and also, the easiest to silence.

As students in a world-recognised University (currently addressing its reputation for favouring students of privilege over those from disadvantaged backgrounds), we wanted to raise awareness and form a discussion panel on deconstructing sexual abuse and moving forward. The speakers, all of whom work with people who have gone through the trauma of abuse, are members of various charities, including Survivors UK and Women against Rape (WAR). They discussed the issue and tried to deepen our understanding of how this situation has been aggravated by governmental bodies and what we, as individuals, can do to prevent these atrocious acts.

With this event, we hoped to bring awareness and a clear message: that despite what has happened, and what is still happening, we can change it through community support and love, even for those that will have the scars for the rest of their lives so that they may one day look forward to their future with optimism.

Solidarity and love from a restless bunch of Oxford students.

If you are affected by any of the issues raised in this blog, you can find information and support at www.ox.ac.uk/students/welfare or www.ox.ac.uk/againstsexualviolence