If you think you’re not ‘good enough’ for Oxford...

Not everyone who studies at Oxford gets here the conventional way. If you think you’re not ‘good enough’ for Oxford, read on… 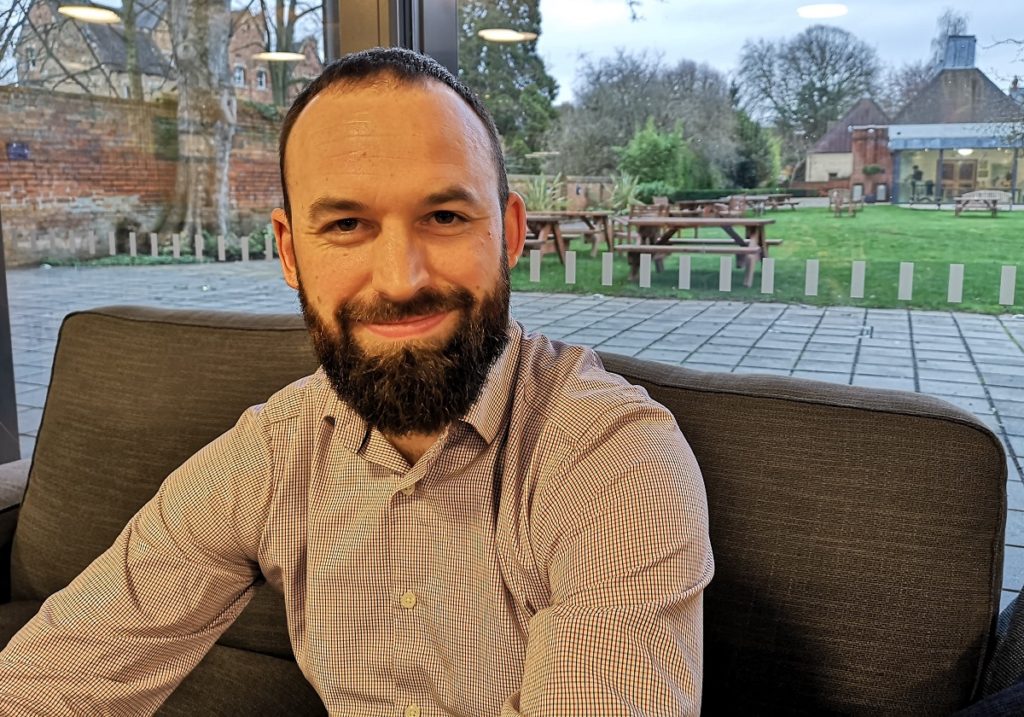 After leaving school at 17 with no A-Levels, Steve Townsley is now Head of Information Security at the challenger bank Monzo, and studying part-time for an MSc in Software and Systems Security, at Kellogg.

Tell us a bit about your life before Kellogg.

Going to University wasn’t something you did at my school. I finished my GCSEs and started my A-Levels, but soon realised they weren’t for me, so I left full-time education at 17 and joined the Marines.

I spent five years in active service, seeing combat in Afghanistan and Somalia. It was during this time, following a conversation with one of my Officers, that I began to think about further education. My Captain had studied War Studies at Kings College, London, he told me about his time there and suggested I looked into applying. I submitted a tentative application, not thinking I would get in, and was shocked to find I had been accepted – I became the first person in my family to go to university!

I applied to do the same course at Kings and was offered a place. I had already started an OU course whilst in the Marines – at one point I was writing essays on a ship off the coast of Libya! – so the offer was on the condition I completed that before starting my undergrad, which I did. I graduated Kings in 2014 with a BA in War Studies, and First Class Honours!

Whilst studying, I continued with the Marines as a Reservist, working part-time in intelligence. Following graduation, I continued to work in cyber intelligence in various roles, and am now Head of Information Security at Monzo.

I am an advocate of continuous education and, having seen a course I liked, and following my earlier experience at Kings, I took a punt and applied to Oxford to do a part-time MSc in Software and Systems Engineering (this time round I was also lucky enough to have financial support from my employer). It was thanks to this leap of faith that, in October last year, I found myself at the Sheldonian, with 500 of my fellow Kelloggians, Matriculating at Oxford.

Did you apply for Kellogg?

Yes, it was my first choice. Whilst researching the course, and during the application process, I met people already studying here and heard nothing but good things.

What is it about Kellogg that you like so much?

I love Kellogg’s egalitarianism. Having spent so much time in the military it makes a refreshing change not to have to stand on ceremony, as it were. A Cambridge student friend of mine recently asked if we had to dress for dinner every night, and was surprised when I explained we didn’t; I took great pleasure in telling them how there was no High Table and that all College members mixed at meals. And talking of meals, the food’s pretty great too!

Kellogg has given me the opportunity to study part-time, which means I can continue my work at Monzo whilst studying, plus I get to enjoy being a student in Oxford for a few weeks each year. It also means I have time to pursue other projects, such as becoming more involved with TechVets, a programme set up to create new opportunities for ‘tech-curious’ veterans through partnerships with leaders in the technology sector.

What would you say to someone who told you they didn’t think they were ‘good enough’ to study at Oxford or to apply for a further education course?

This is attainable. Get involved; do your research. Now I am here, it’s phenomenal! I often ask myself, why didn’t I do this sooner?

If you would like to get in touch with Steve or find out about opportunities at Monzo, you can email him at steventownsley@monzo.com