On the 15 March Harrison Kieffer (MSc Software and Systems Security) will realise an ambition. After hours of dedicated training, he has been selected to in the Oxford University Lightweight Rowing Club’s Blues boat against Cambridge. 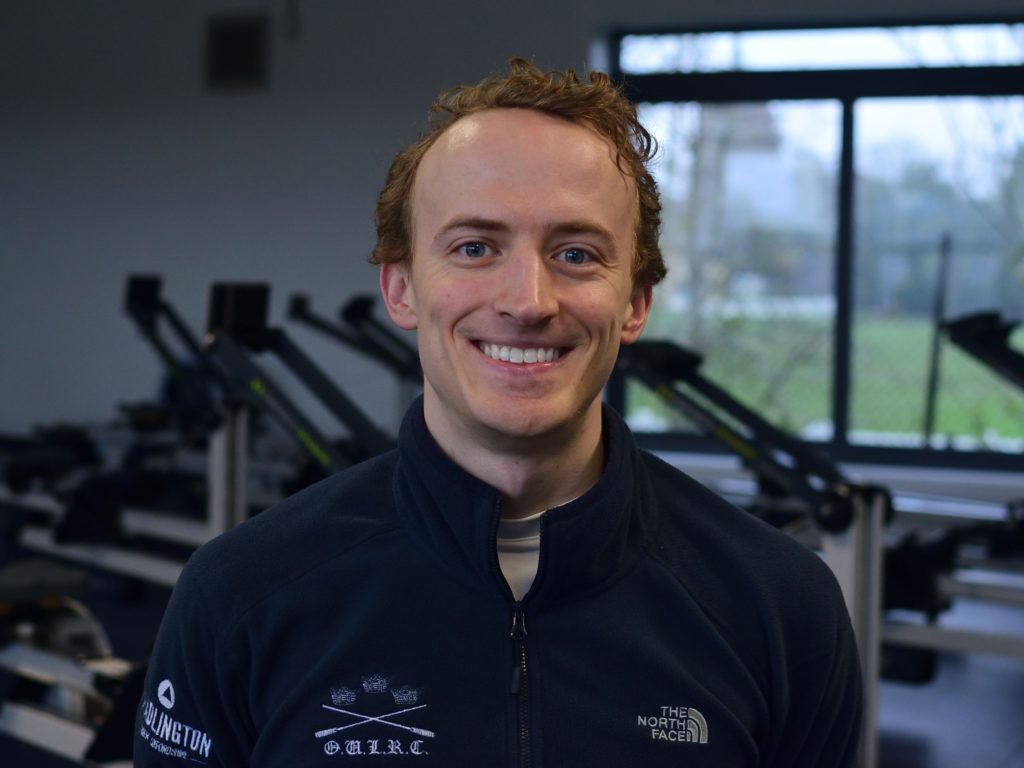 Harrison comes from a long line of rowers – his great uncle won gold in the 1932 Olympics as part of the 2+ team – and was introduced to the sport at an early age by his father. Harrison went on to row for his school, St. Joe’s Prep and Mercyhurst University in the US.

After spending a semester as an undergrad in Cambridge, Harrison grew to like the British style of learning, so chose to come to England for his Master’s. He applied to Oxford to study the part-time MSc in Systems Security, having had excellent reports from colleagues who had already taken the course.

Thanks to support from his employers, Harrison got his visa and moved to the UK, basing himself in Oxford with a view to trialling for the OULRC Blues team. This has meant balancing his training commitments with his commute to London four times a week, where he works for a finance firm in their cyber security team.

Harrison commented “It has been a difficult balance between school, work, and rowing but I wouldn’t have it any other way; it has helped me adjust to living abroad and keeps me focused. The rowing team has also helped me become more connected to the University, as I have befriended teammates from different fields of study and colleges.”

We wish Harrison and the rest of the OULRC team the best of luck for their race against Cambridge on the 15 March.