Sir Dermot Turing: The origins of Enigma codebreaking at Bletchley – Watch the film 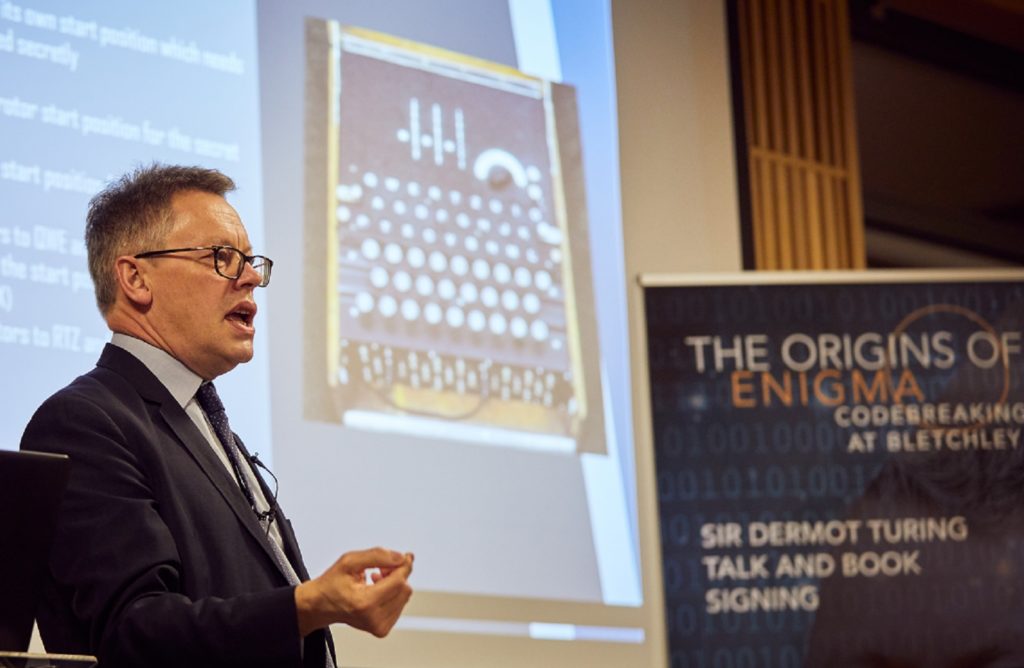 In 1939, six weeks before the outbreak of World War Two, the British codebreakers knew next to nothing about the German military Enigma machine. How was it by mid-autumn they had already designed the Bombe machine that would win the codebreaking war?

Watch the film of Sir Dermot Turing, nephew of Bletchley Park cryptanalyst Alan Turing, speaking at Kellogg on The origins of Enigma codebreaking at Bletchley.