A new technology developed by Oxford researchers, including Kellogg Research Member of Common Room Atılım Güneş Baydin, in partnership with the European Space Agency’s (ESA) Φ-lab, has been deployed on a mission launched into space.

On 30 June at 20:00 BST, the machine learning/artificial intelligence model called ‘Worldfloods’, was launched into space from Cape Canaveral. The model is a flood segmentation model that has the purpose of detecting flood events and significantly improving disaster response operations. It has major implications in bringing down the cost of such technologies and making it accessible for low-income countries, and has received input from UNICEF due to the humanitarian aspects of the project. 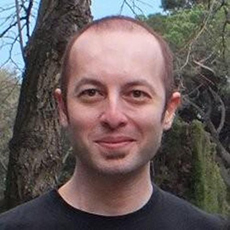 Atılım Güneş Baydin said: ‘This will be the first time a machine learning model for this type of task will be actually deployed in space. It’s a very significant step in bringing machine learning and artificial intelligence operations to space.’

In 2019 Kellogg College hosted a two-month programme for the Frontier Development Lab (FDL) Europe, a partnership between the University of Oxford, European Space Agency’s Φ-lab (ESA ESRIN), Trillium Technologies and leaders in commercial AI, such as Google Cloud and Intel.

At this event, Güneş and his colleagues, asked the question “Can AI improve our capabilities to forecast and respond to floods using orbital imagery to better predict the likelihood of flash flooding or a bust river?”

An article recently published in Scientific Reports covers the details of the work: https://www.nature.com/articles/s41598-021-86650-z

During 2020 and 2021, due to Covid restrictions, FDL Europe has continued to run its programme online. Find out more here: https://fdleurope.org/